Note: Originally published for Church of the Epiphany-Tempe at https://epiphanytempe.org/sacrificial-love-wins/.

In 1969 in New York City at the end of June, the New York City Police planned to raid an establishment called The Stonewall Inn. The Inn, which was a bar and gathering place for LGBTQ+ persons that were excluded from the larger LGBTQ+ community such as ‘drags,’ ‘queens,’ and young and homeless LGBTQ+ persons (generally between 16 and 25 years old). It served as a place in which those who were excluded even from the larger LGBTQ+ community could gather and have a safe space. The police in New York were cracking down on establishments that served the community because most of them operated without liquor licenses out of necessity. (The state would not grant a license to establishments that served the LGBTQ+ community.) While most of the raids that took place in that month resulted in the closure of many establishments, the night at the Stonewall Inn went differently. It was a night in which the crowd decided they were, as Fannie Lou Hamer stated in 1964, sick and tired of being sick and tired. The LGBTQ+ community was tired of hiding in the shadows and being thought of as less than by the larger community. On the night of the raid, the regulars at The Stonewall Inn decided to fight back against the police and how power was being used against their community. They decided that the best thing they could do was to create a skirmish in the streets, to protest the ways that they were being treated under the law, and to seek freedom and justice in the land that they called home. The riot that resulted from their fight, which lasted 6 days in the Village, sparked the modern day LGBTQ+ rights movement. It was the starting point of a long road towards equality under the law for LGBTQ+ persons in America.

In an article written by Dick Leitsch, the founder of the Mattachine Society of New York and a gay journalist, the experience of the Stonewall Riot was described. He points out why it was different there – the clientele of the Stonewall were those that experienced exclusion not only by the larger society but also by the LGBTQ+ community itself. The article is helpful in understanding that the moment that sparked the modern LGBTQ+ rights movement was sparked not by those that were included in the more “respectable” enclaves of the LGBTQ+ community. Instead, it was people who were on the margins of the margins. They sparked a movement, and many of them were persons of color. In fact, credit is given to a trans woman, Marsha P. Johnson for throwing the first brick or shot glass that sparked the riot.  The riots at The Stonewall Inn were a flash point in the LGBTQ+ community. It was a moment in which queer people decided that they were not going to take the abuse anymore, and the people that helped spark that movement were people of color who knew a lot more about discrimination and abuse than European American (i.e. white) queer people.

Beloved, let us love one another, because love is from God; everyone who loves is born of God and knows God. Whoever does not love does not know God, for God is love.”

The month of June is celebrated as Pride month around the world and across our country. One of the slogans that is so often repeated and was used in the campaigns to fight for the right to marry in the United States was “Love Wins.” It is a powerful statement, and as Christians, we would certainly agree that love is infinitely more powerful than hate. We would make the claim that we are called to become love in echoes of what St. Athanasius wrote in his reflections in the 3rd century. In those reflections, Athanasius offered, “God became human so that we might become gods.” If we turn to the First Letter of John, we will find “Beloved, let us love one another, because love is from God; everyone who loves is born of God and knows God. Whoever does not love does not know God, for God is love.” (1 John 4:7-8 NRSV) Thus, we can say that God became human in order that humanity might become love. The argument that love wins is an ancient theological claim in the Christian tradition, and it is one that offers us hope in the present moment of Pride month and in the moment of the African-American community’s struggle for dignity for itself and others.

If love wins, and if the nature of God is love, and if God became human so that we might become love, the current situation in our country demands of us love. It demands of us a love that is sacrificial and that is ready and willing to do the work that is necessary for creating a new future filled with new possibilities that are defined by the principle of love. We are in a moment in our country in which we are being invited to expand the notion of freedom for all whom live within the borders of our country, and we are in a moment in which we are being invited to do the work within our communities to create that new future.

For us to say that love wins and to embody the love of God in our lives is going to require courage not simply on the part of organizations and leaders but also each individual person doing his or her work as it relates to who they are. The embodiment of love is going to shift depending on our individual situations and the community to which we belong. For example, the work required of European American persons is going to look differently than the work of a person that comes from the BIPOC (Black, Indigenous, and People of Color) communities. A straight person that is European American  will need to explore sacrificial love differently than a gay or lesbian or bi or trans person of color. An LGBTQ+ European American will need to understand sacrificial love not simply from their own experience of discrimination but also by understanding the privilege or advantage received by virtue of the color of their skin.

The work of entering into sacrificial love is going to be varied across the spectrum of humanity, but it will also be the same in that it should always be practiced in such a way that community is built, that relationships are forged, and that humanity is able to grow closer together. We are called to walk in love, and as Christians, we would append to that “as Christ loved us and gave himself for us, an offering and sacrifice to God.” (Book of Common Prayer, p. 376) Love wins in the ways that we love God with all our hearts, minds, and souls, and love wins when we love the neighbor as an extension of the self. Love wins when we more fully understand that love is always concerned about others, about the neighbor.

In the effort to create a new future in our nation, our openness to receiving love from our neighbors is equally as important as giving that love away in the next moment. In receiving love from another, we are entering into relationship, and we share the gift of love beyond the self as an outpouring of that relationship. In this movement of love, God calls us to look at the movement of the Holy Trinity and to do our best to mimic that perfect relationship of love shared between Father, Son, and Spirit.

At this moment in time and experience of the United States, it may be that our movement of love is to open ourselves to relationship in an effort to work towards the dismantling of systemic racism and bias in our country. It may look like people doing the work that is necessary within their own communities around questions of diversity and inclusion; it may look like creating communities of reconciliation in which we learn to speak our experiences in love and learn how to receive the experience of another without it taking away from my own. 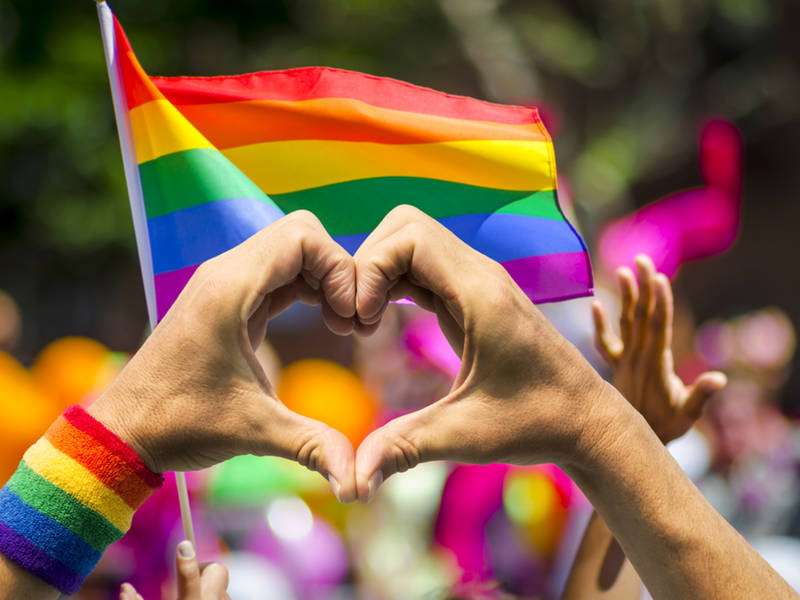